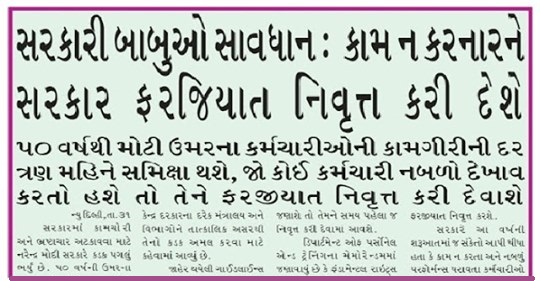 Employees over the age of 50 will be reviewed every three months. Mandatory retirement if an employee is performing poorly


The Narendra Modi government has taken strict action to curb corruption and corruption in the government. If the performance of officers above the age of 60 years or those who have been in government service for 30 years is found to be poor, they will be compulsorily retired in the public interest.

The Ministry of Personnel, Public Grievances and Pensions has issued detailed guidelines in this regard on 3 August. And every ministry and department of the Central Government has been asked to implement it strictly with immediate effect.

According to the published guidelines, government officials who are over 60 years of age as well as those who have been in the service for 30 years will have to keep a record of their performance.

The memorandum of the Department of Personnel and Training states that the government has the right to retire any employee or officer if required in the public interest under Fundamental Rights 56 (J), 56 (L) or Pension Rules 48 (1) (B). 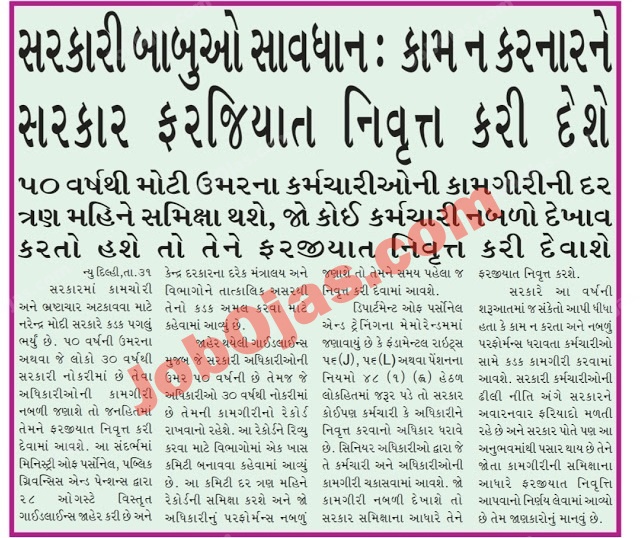