Home  »  LATEST NEWS   »   Lockdown 3.0: To open liquor and spice shops across the country, these rules have to be followed 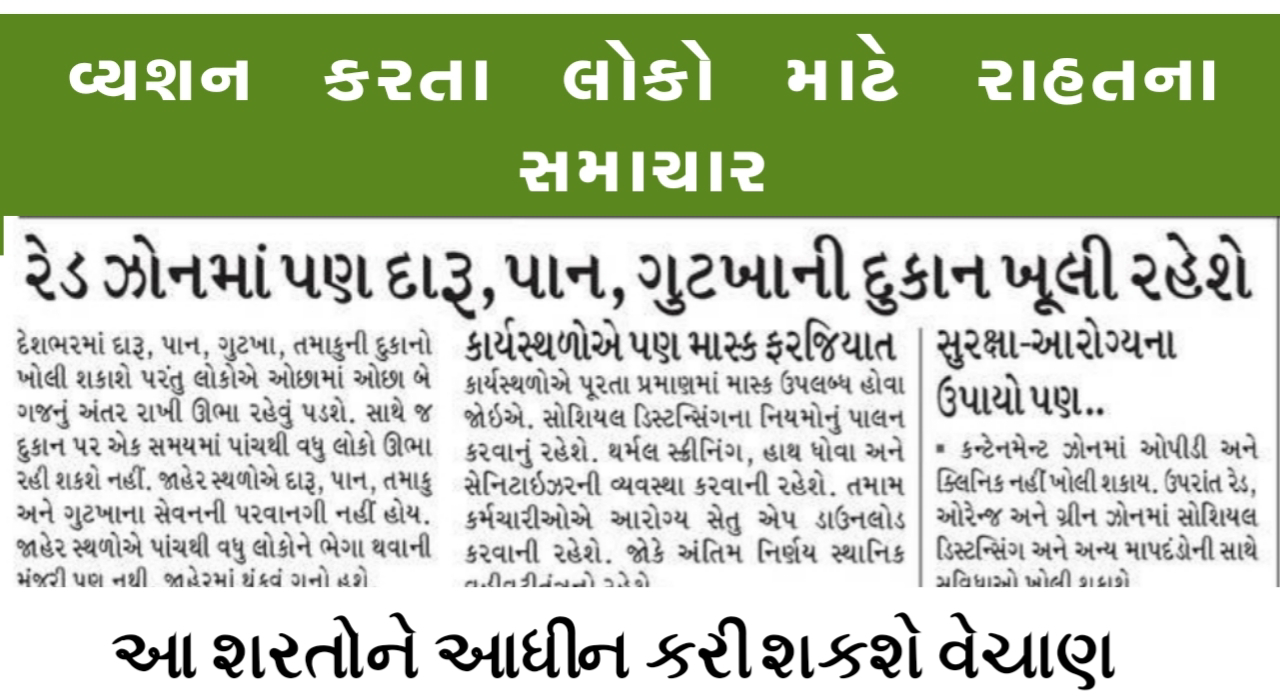 A nationwide lockout has been put in place to deal with the Corona crisis. However, this lockdown has been extended once again for 14 days. The lockdown has now been extended to 17 May with some kind of concession. In this third phase, good news can be said for prisoners and especially for those who consume alcohol. In this phase, liquor shops and pan masala shops are exempted.

Pan masala shops will open in areas with green zone

In Gujarat and especially Saurashtra, the practice of eating pan masala is so high that people are saying that betel lumps should be opened, whether the lockout is open or not. The good news for paan masala lovers is that paan kiosks are allowed to be opened in Gujarat. .

But the condition is that in Gujarat, Panna Galla is allowed to open only in the Green Zone area.

Shops will open in these areas

Lockdown 3.0 allows liquor stores to open in all areas. The facility will not be available in states where alcohol was already banned. It has also allowed the sale of pan masala, gutkha and tobacco. However, there will be a ban on the sale of alcohol in the control area. Also, liquor will be sold at one shop only.

However, liquor is not currently sold in malls and marketing complexes. There will be a ban on the sale of alcohol. Also, you cannot consume pan-masala or alcohol in public. Consumption of this item in public places will be prohibited.

Also, in the shops where liquor and spices are sold, some rules have to be followed. Where people have to keep a distance of 6 feet between them. At the same time, care should be taken that no more than five people gather at a time.

Let us tell you that after 21 days of nationwide bandh, Prime Minister Modi extended the first phase from 25 March to 14 April, then the second phase from 15 April to 3 May and from 4 May to 17 May.

Read This News in Gujarati