Home  »  LATEST NEWS • Maru Gujarat   »   Alert! Such Aadhaar cards will not work anymore, if you have withdrawn, don’t use them, UIDAI has instructed

Alert! Such Aadhaar cards will not work anymore, if you have withdrawn, don’t use them, UIDAI has instructed

Your Aadhaar card is a unique document. Because it contains the necessary information. Now even Aadhar card has become a necessary document for the admission of children. But in the meantime connected to the Aadhaar card.

Many people apply for Smart Aadhar Card, but UIDAI has alerted the consumers about Smart Aadhar Card. UIDAI tweeted that the customer would not use a copy of the PVC base from the open market.

This Aadhaar card will be valid

UIDAI explicitly wrote in its tweet, ‘Aadhaar or Aadhaar letter or M-Aadhaar profile or Aadhaar PVC card downloaded from uidai.gov.in, which has been disclosed by UIDAI. 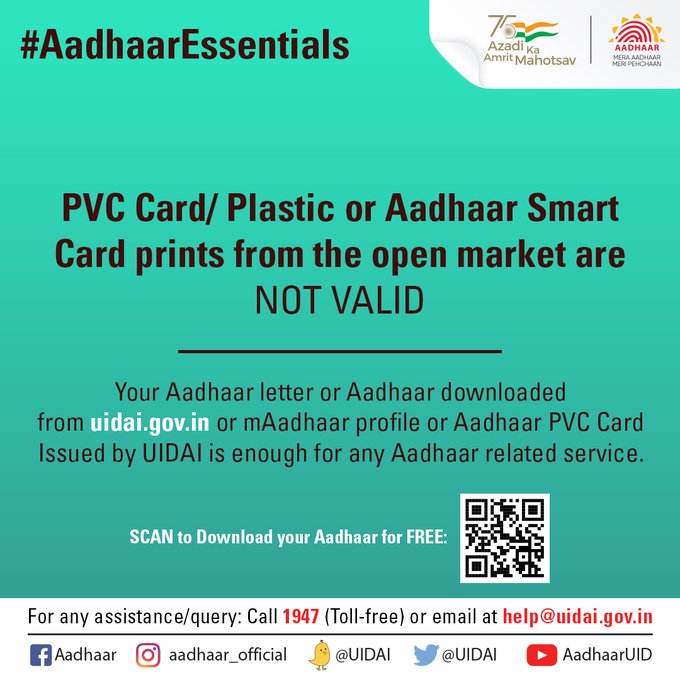