Reliance Jio Infocomm (Jio) will make all off-net domestic voice calls free, starting January 1 2021, on the back of interconnect user charges (IUC) being made zero from the beginning of 2021.

On-net domestic voice calls have always been free on the Jio network.
Get all insights on
RIL
Explore

IUC, a charge paid by the call-originating telco to the destination operator, is at the heart of the latest spat between Jio and older incumbents Bharti Airtel and Vodafone Idea over the regulator’s move to seek views on deferring a zero-IUC regime, which was slated to take effect from January 2020. Jio wants the charge to go, which will help to lower its costs, while the older operators want it to stay, since they are net revenue gainers from IUC.

“Jio was left with no option but to start charging its customers for offnet voice calls, at a rate exactly equivalent to the applicable IUC charge. While doing so, Jio had assured its users that this charge would continue only till the time TRAI abolished IUC charges. Today, Jio has delivered on that promise and made off-net voice calls free again,” said the telco on Friday. 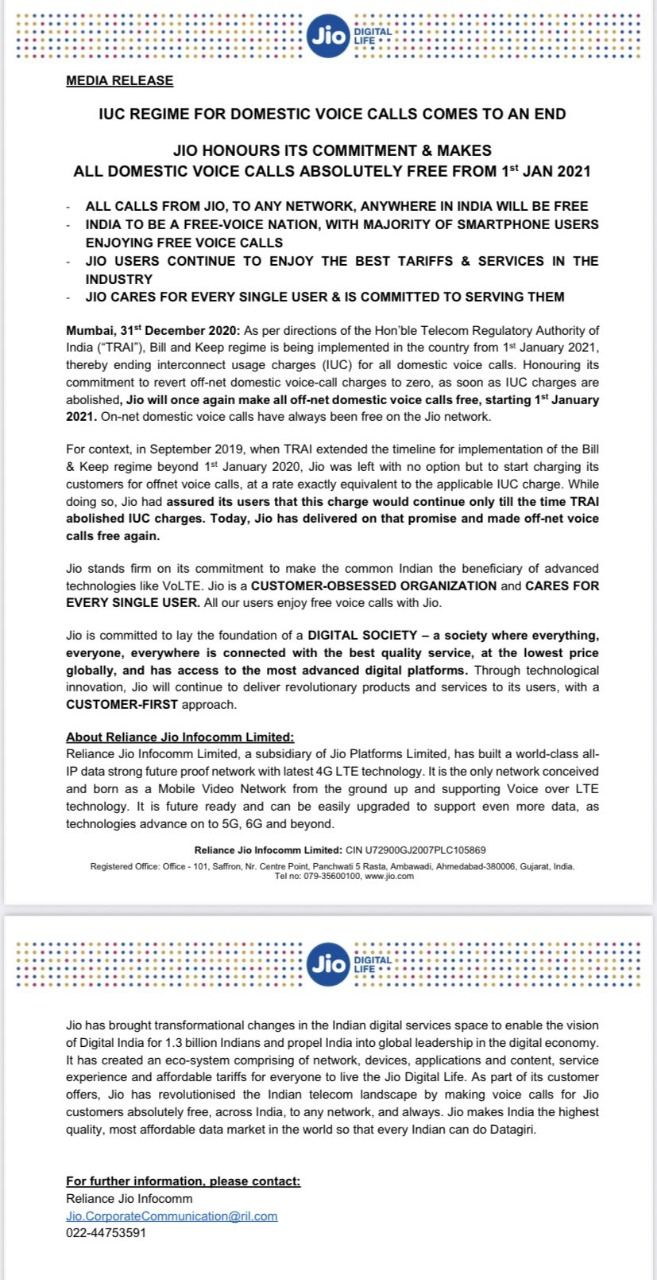 Ironically, Jio may lose out in IUC revenues since most of the calls originate at Jio’s end, now that it has the largest subscriber base while Airtel and Vodafone Idea (Vi) with lesser customer numbers will gain in IUC revenue.