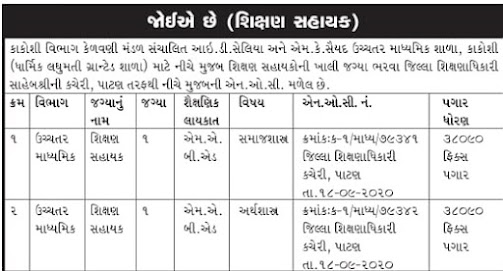 1) Candidates with the above qualifications should apply at Std. 12, Bachelor, Post Graduate as well as Certificate copies of Professional Qualifications and certified copies of all other certificates in the day 10 (ten) from the registered PAD with passport size photos in their signature at the following address. .

3) The Gujarat High Court has canceled the resolution to implement the letter of the Government of Gujarat regarding the eligibility of minority schools – Mashab / 1911/4 / Six dated 11-02-2011 for minority schools. So that a conditional appointment will be made subject to this judgment and it will be binding on the appointee.

4) According to the existing rules of the Government, the candidate should have basic knowledge of the use of commuter.

5) The appointed education assistant will be entitled to a fixed salary for 5 (five) years as per the rules. Will be regularized after satisfactory completion of five years as a teaching assistant.

6) Applications received after the time limit will not be considered. 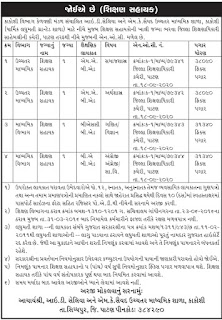