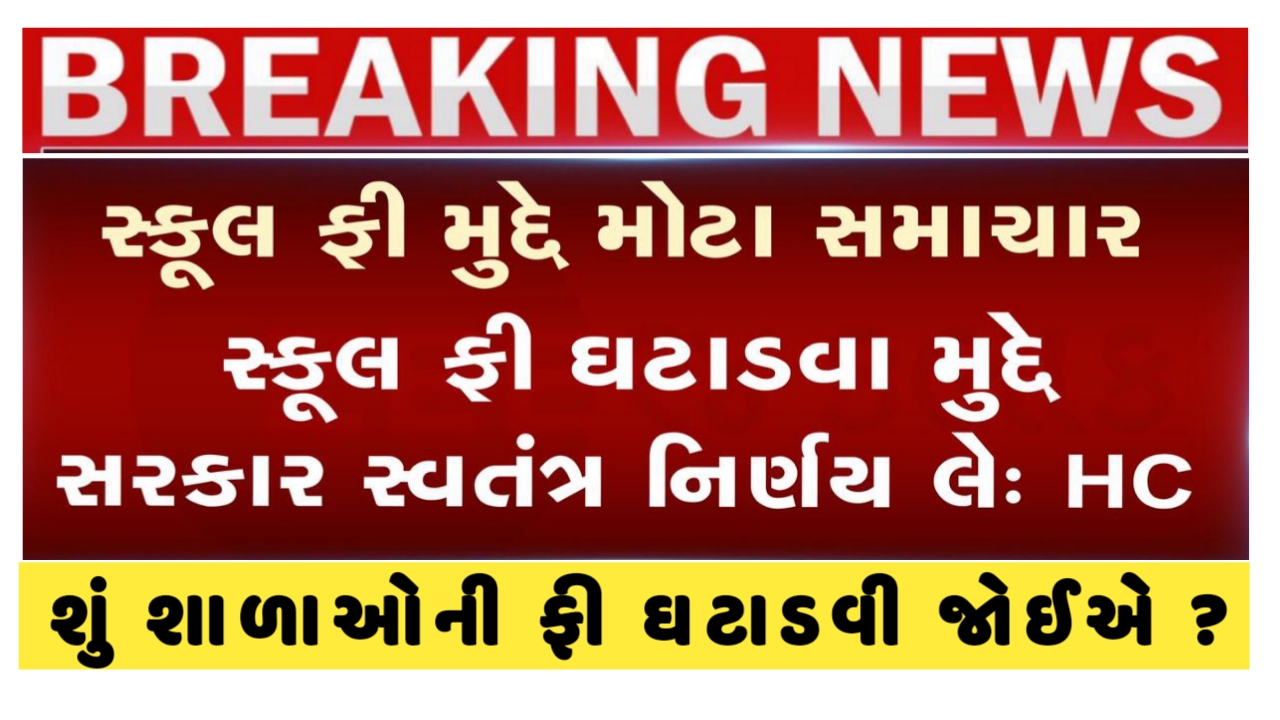 
Chief Justice Vikram Nath and Justice J.B. A hearing is underway before Pardiwala’s bench. The Advocate General submitted in court that the government could not issue a notification on the issue of fees as the settlement was not reached.
The state government has vast powers, the Chief Justice told the Advocate General. There are powers vested under the Epidemic Act and the Disaster Management Act. If the government has the power to decide on its own for fee reduction, then why apply to the court? The court told the government, you decide for yourself. Why do you ask us for mediation?
School administrators said it was not acceptable for the government to talk of a fixed fee reduction. We are willing to reduce or waive fees on a case-by-case basis. We will help anyone who has died in an epidemic or is in financial trouble. “We want to charge a fee for the extracurricular activities we offer,” school administrators said.
READ DIVYBHASKAR NEWS REPORT

Notably, in the school fee controversy, school administrators took an oath in the Gujarat High Court last Thursday to oppose the 25 per cent waiver formula. On the issue of school fee disputes, school administrators have sworn that the government’s compromise formula is not acceptable. “The fee waiver is 25 per cent higher when we are ready to waive the fee sanctioned by the Fee Regulatory Committee (FRC),” he claimed. Managers have offered to keep last year’s fees unchanged at 5 per cent to 12 per cent. It has also shown readiness to waive fees on a case-by-case basis for students.
Gujarat is also expected to get a fee waiver due to the recent 30 per cent waiver of fees by the Rajasthan High Court. The schools were closed due to the lockdown, so parents are protesting against the schools demanding full fees. In addition, the parents of the students studying in the school will be able to pay the fees in three installments till January 31 next year. The verdict was handed down by Rajasthan High Court Justice SP Sharma.