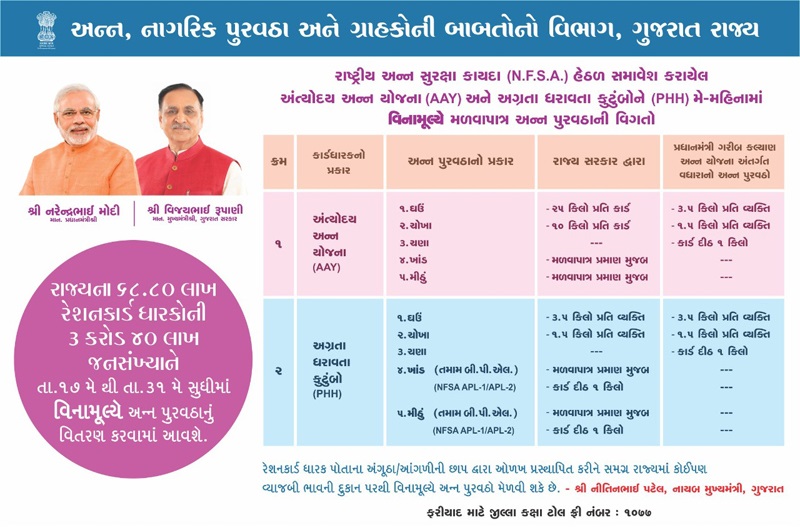 Grain distribution dates have been announced to NFSA card holders. Wheat, rice, lentils, sugar and salt will be given in May in the same way as they were given in April. In addition, NFSA card holders will be given an additional 3.5 kg of wheat and 1.5 kg of rice as per the scheme of the Government of India. The entire distribution will be completed from May 17 to May 27. Ration card will be distributed on the basis of last digit. The food grains that will be distributed from May 17 to 27 will not be distributed in Ahmedabad. The middle class of Ahmedabad city will be given rations holders between May 18 and 23. This distribution process will also be as per the last digit of the ration card. 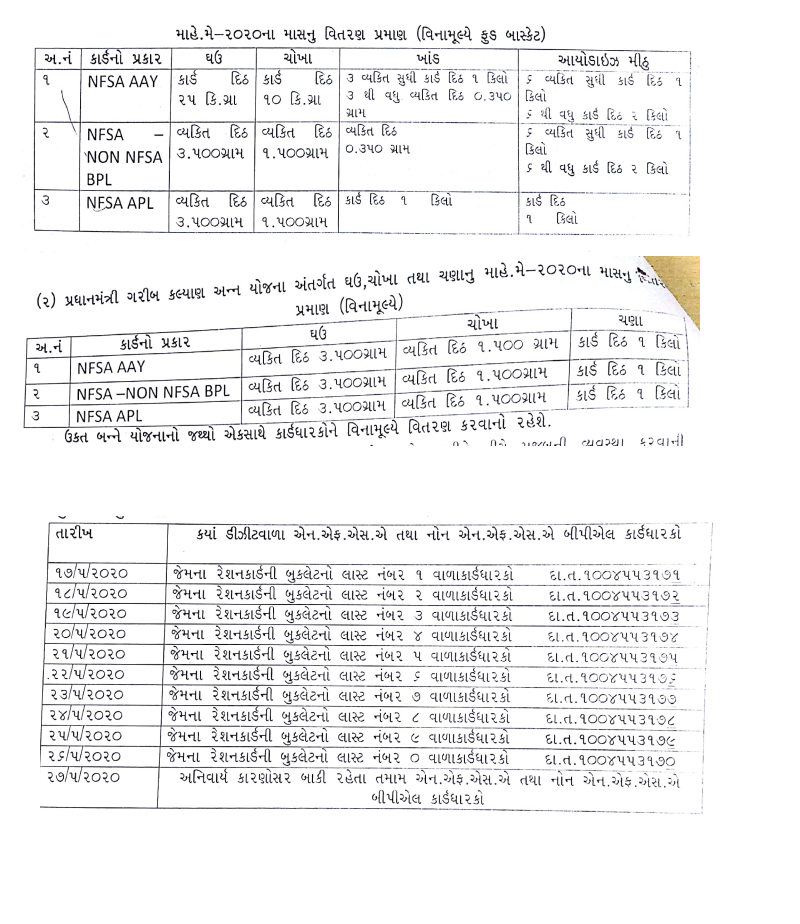