GSEB Standard 10 & Standard 12 Exam Postponed 丨Mass Promotion For Students Of Std. 1 To 11 In Gujarat丨 While the second wave of Corona virus is going on in Gujarat, there was a constant demand that the board exams should be postponed for the time being.

Board exams postponed
Examination of Gujarat Board students has been postponed for now and the next decision will be taken after May 15 considering the status of Corona virus. Students will be given 15 days before new dates are announced.

Mass promotion to the remaining students
This year too, mass promotion has been given to the students of Std. All these students will be promoted to the next standard. Similar decisions have been taken in many states besides Gujarat. 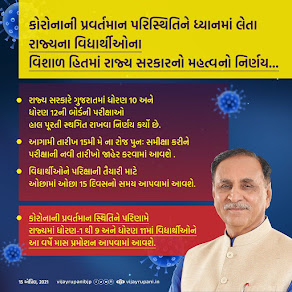 After a meeting with Prime Minister Narendra Modi, the Ministry of Education has decided to postpone the class 12 exams and cancel the class 10 board exams. For CBSE class 12 boards, the situation will be reviewed on June 1 and revised dates will be announced thereafter. 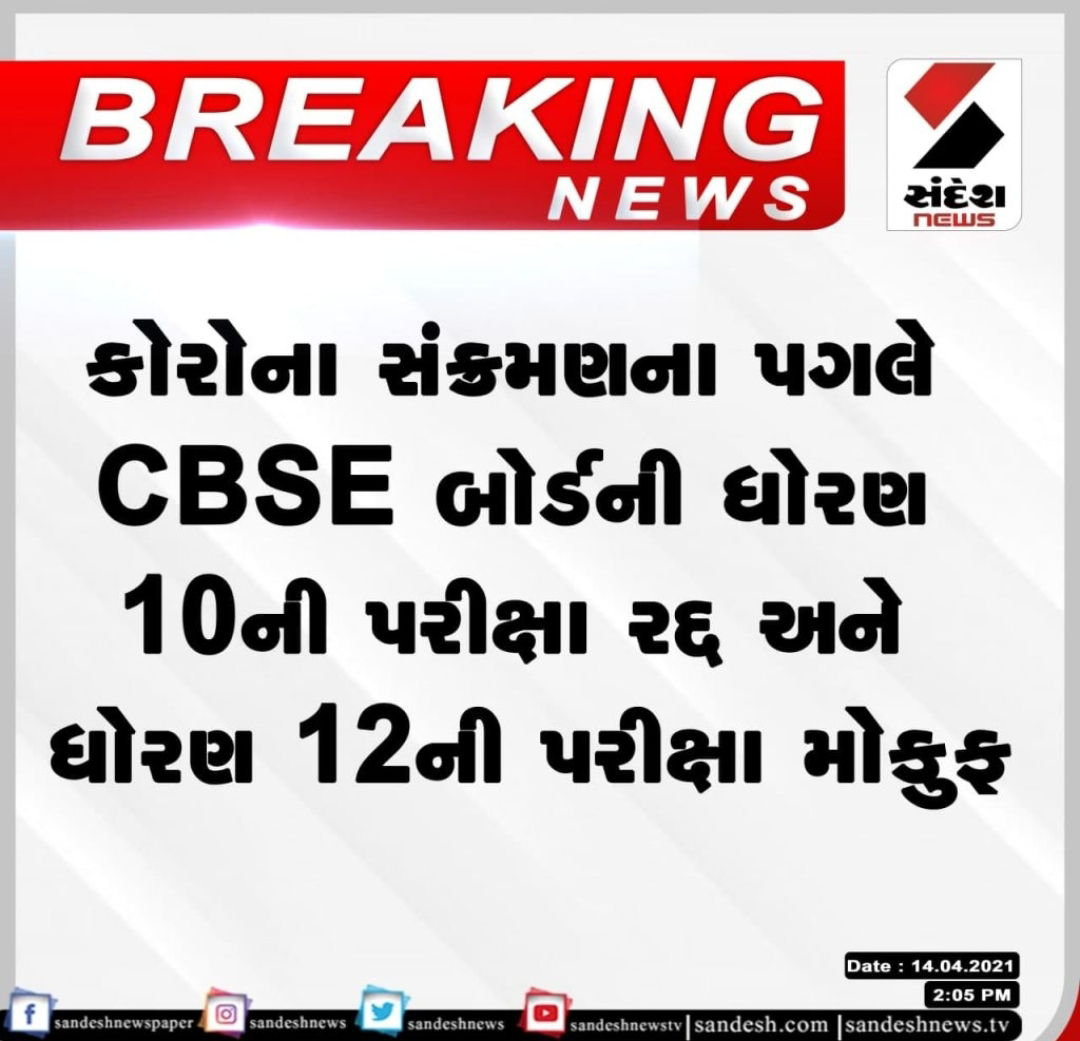 The Board Exams for Class XIIth to be held from May 4th to June, 14th, 2021 are hereby postponed. These exams will be held hereafter. The situation will be reviewed on 1st June 2021 by the Board, and details will be shared subsequently. A notice of at least 15 days will be given before the start of the examinations.