Home  »  LATEST NEWS   »   Gujarat government has taken a big decision to start ST express buses, find out when the express buses will start? 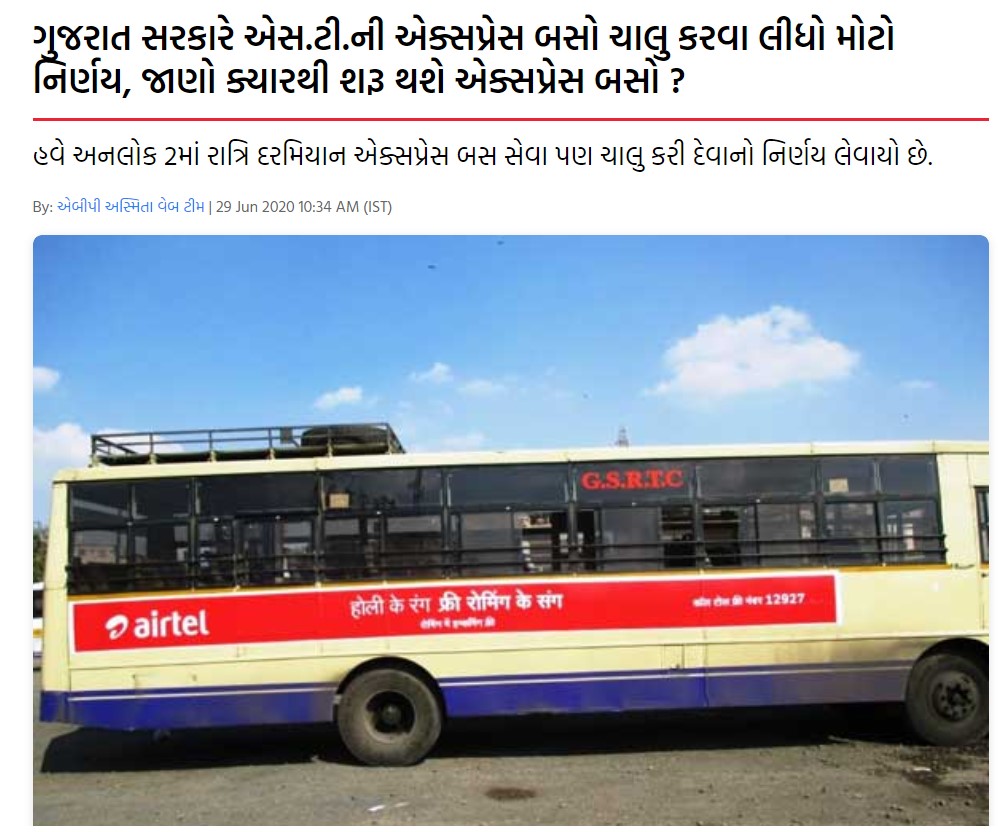 Gujarat government has taken a big decision to start ST express buses, find out when the express buses will start?

Unlock 2 will be implemented across the country from July 1. The Gujarat government has taken a big decision and announced to start operating all the express buses of ST Corporation. The directors of all the 16 divisions of the corporation have been instructed to start preparations for this by sending a circular.

The ST bus service was suspended from March 22, before the lockdown was announced due to Corona’s transition. After that, only zone vice bus service was started on a temporary basis from May 20 from 7 am to 6 pm. The bus service was resumed from June 1 in areas other than containment and micro containment zones across the state with a little more relaxation in Unlock 1.

Now it has been decided to start night bus service in Unlock 2 during the night. According to the circular sent by the corporation, express, sleeper and Gurjar Nagari buses will start running from July 1. Point-to-point local service buses connecting districts and talukas will be operated. The operation of buses in rural areas will be kept closed for the time being.

All express buses have also been instructed to make it mandatory for online booking in OPRS. Express buses will depart point-to-point, depot-to-depot. Will not stand cheap but will stand at a large pickup point. Social distance, thermal gun checking and at stations

GSRTC app is one stop app for the people of Gujarat who use the GSRTC buses for travelling.Now, get the bus time table, fares and other information regarding GSRTC using this app.