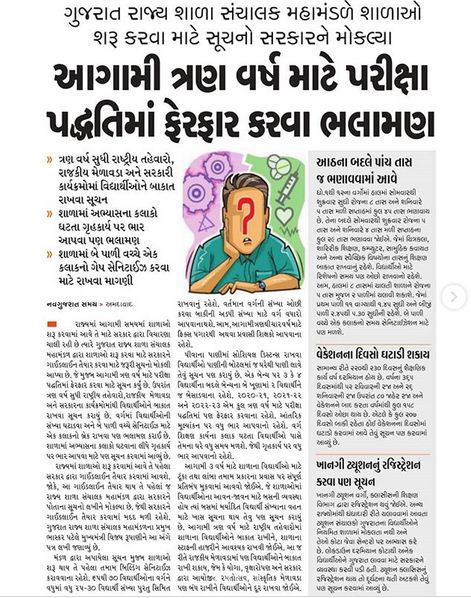 Recommendation to exclude students from national festivals, political gatherings and government programs for three years. Recommendation Demand for one hour gap between shifts to be sanitized w Only five hours should be taught instead of eight Std. 1 to 12 classes currently have 4 hours daily from Monday to Friday and 3 hours on Saturdays for a total of 8 hours per week 6 hours a week and 4 hours a week on Saturdays should be taught, excluding teaching of drawing, physical education, computer, group exercises and other voluntary subjects. There should also be less residual time for students. It can be run in 3 shifts per day, in which the first shift will be from 11 am to 1.45 pm and the second shift will be from 9.4 am to 7.30 pm. Will also be found for. 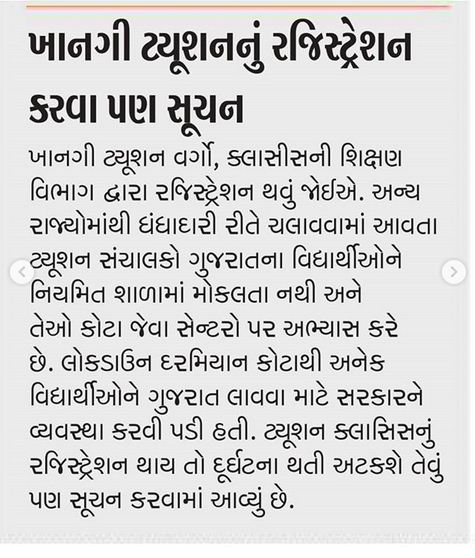 In order to reduce the number of existing classes, the number of classes for the remaining half will be increased and schools will be provided in the state in the near future. Thus, Gujarat State will be the school administrator when the government is considering providing fixed salary or traveling teachers for the next three to four years. The federation has sent the necessary instructions to the government to prepare guidelines for keeping social distance in drinking water for starting schools and the students have been allowed to fetch water from home in bottled water.

Accordingly, it has been suggested that the examination be held for the next three years. It is suggested to change the 2 or 3 method on a bench. In addition, instead of students, in the two corners of the bench, 3 students will have to hold national festivals and political gatherings for three years. It has been suggested to exclude students from government programs from 2060-21 to 2021-3 and to keep the examination for a total of 302-6. The method of students in the class will also have to be changed. There will be more emphasis on reducing the internal number and evaluating for sanitizing between two shifts. It is also recommended taking an hour break in class. 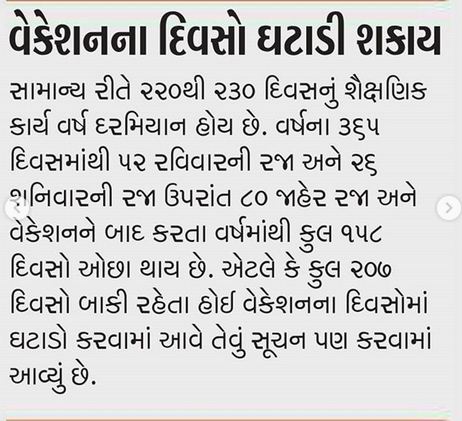 Decreased teaching hours Students will have more time for homework at home due to reduced study hours at school. So it has also been suggested to put more emphasis on homework. Will have to emphasize. Guidelines will be prepared by the government for the students of the school for the next 3 years before the commencement of schools in the state. All types of travel, short and long, should be banned even before this guideline is prepared. In these schools, the state school governing body has sent its instructions to the government for the arrangement of buses for the transportation of students. So that the government will be helped to prepare guidelines for carrying a limited number of students in the bus. It is also suggested that special instructions be given for this. Gujarat State School Administrators Federation is the president. 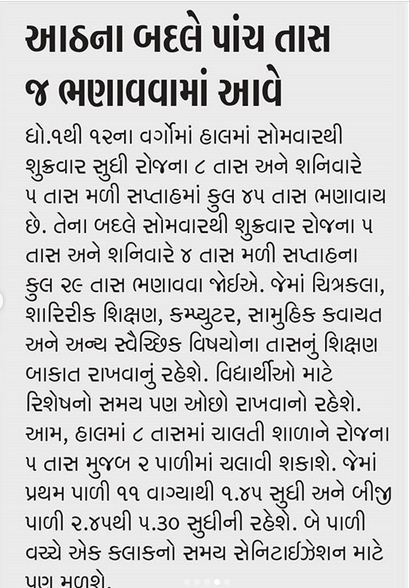 At national festivals for the next three years, Bhaskar Patel has written a letter to Chief Minister Vijay Rupani, excluding school students. Staff attendance should be required. As per the suggestion given by the same congregation, all the buildings can be kept sanitized before the exclusion of students even in political gatherings in schools, such as yoga, tree planting and government. Sports festivals, cultural gatherings organized by a class of 8 to 20 students, students should be kept away by keeping the page closed for a maximum of 5-30 students. Vacation days can be reduced. Usually 20 to 30 days of academic work is done during the year. Except 20 public holidays and vacations in addition to the Sunday holiday and 8 Saturday holiday out of 3 days of the year, a total of 12 days are deducted from the year. That is, with a total of 20 days left, it has been suggested to reduce the number of vacation days. Registration of private tuition should also be done by private tuition classes. Classes should be registered by the education department. 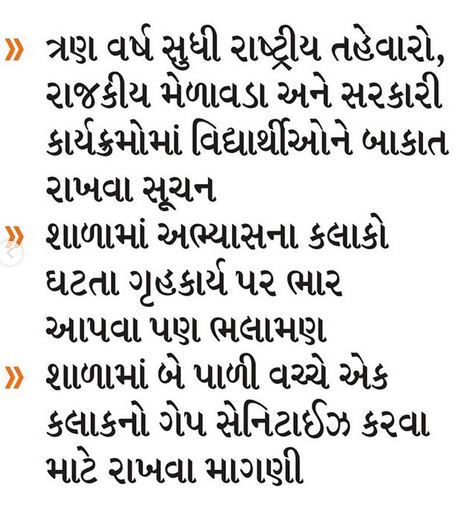