Home  »  LATEST NEWS   »   If your mobile phone is lost, the government will search for it.

If your mobile phone is lost, the government will search for it.

Nowadays many times it happens that a man steals a mobile phone.  Now if any mobile is stolen, the government will find it.  Your phone is lost or stolen, but changing its SIM card or IMEI number makes it difficult to find.  The government will present a solution to your problem next month. 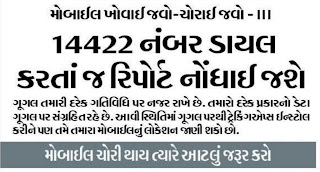 Whose SIM card or IMEI number has been changed or lost, stolen mobile phone can be traced.  The Center for Development of Telematics (C-DoT) has developed the technology and is expected to launch in August.

The technology is ready with C-DOT. After the Parliament session, the Department of Telecommunications will approach the Minister for the launch of the system. It should be implemented next month,” said a telecommunications department official.  To reduce this, the C-DOT was tasked with developing a Central Equipment Identity Register (CEIR), with the government allocating Rs 15 crore for the establishment of CEIR.  Will.

If anyone changes the phone’s IMEI, it will also be blocked

His trial was first held in Maharashtra Circle, where he was very successful.  With this in mind, telecommunications is now being considered across the country.
The government has also sentenced the phone to three years for changing the IMEI.  If anyone changes the phone’s IMEI, it will also be blocked.  In this case the stolen phone will not be used after filing a complaint.