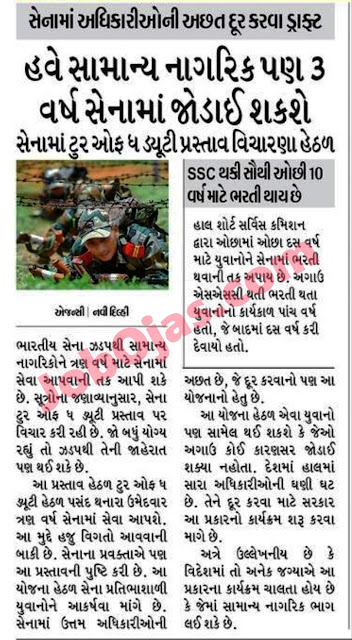 Recently the Indian Army is considering a proposal which allows civilians of the country to serve in the Indian army for three years as ‘tour of the duty‘. After this news, many aspirants and civilians are happy and shown interest to join the forces to serve for three years and want to know the joining process for the same. Though the proposal is still in pipeline and more details are awaited. Below are some details related to the tour of duty concept of Indian army for the civilians.

How can I apply for Tour of Duty Indian Army? At the moment there no details on the enrollment process, once the official details are out, SSBCrack will be publishing the same here.

Do you like this proposal by the Indian army, do let us know your thoughts in the comment section below.