Home  »  LATEST NEWS • Sarkari Yojna   »   News of relief for farmers of Gujarat: A big announcement of the government will be made shortly for the farmers who have been damaged by the rains

Relief news for the farmers of Gujarat: It has been raining for a long time in the state of Gujarat and due to this rain, many farmers and other business people of the state have suffered losses. In view of this situation, after a long thought, the Gujarat government has given news of relief for the farmers.

Assistance will be paid to the farmers in the state (Gujarat) for damage to agricultural crops due to heavy rains. Government will pay assistance only in case of more than 33% damage to farmers’ crops.

The package will be announced after the completion of the survey

However, let us tell you that after the completion of the survey, the government will announce the aid package. Because at present the water has not receded in some areas, the survey work has stopped. A special support package will be considered by the government if there is more than 33% loss to the farmers.

In excess of 33% loss, assistance will be paid as per SDRF norms

An aid package will be decided by the coordination of revenue, agriculture and finance departments in the state. In excess of 33% loss, assistance will be paid as per SDRF norms. However, no subsidy is paid by the government in case of erosion of seed. It is to be noted that the state is witnessing cloud storm conditions for the last few days. Even in some areas of Saurashtra and South Gujarat, heavy rains have caused huge damage to agricultural crops. Regarding which the agriculture department has ordered to survey the damage.

Heavy damage to crops like chiku, mango, groundnut due to rain

A survey of crop damage will be conducted in rain-affected areas of South Gujarat and Saurashtra in the state. The damage to horticultural crops in South Gujarat will also be surveyed. Heavy rains in these areas have caused major damage to crops of chickpeas, mangoes, groundnuts, plantains and oilseeds. Then, after the survey is done, all the farmers’ eyes will be on how much package will be announced by the system. 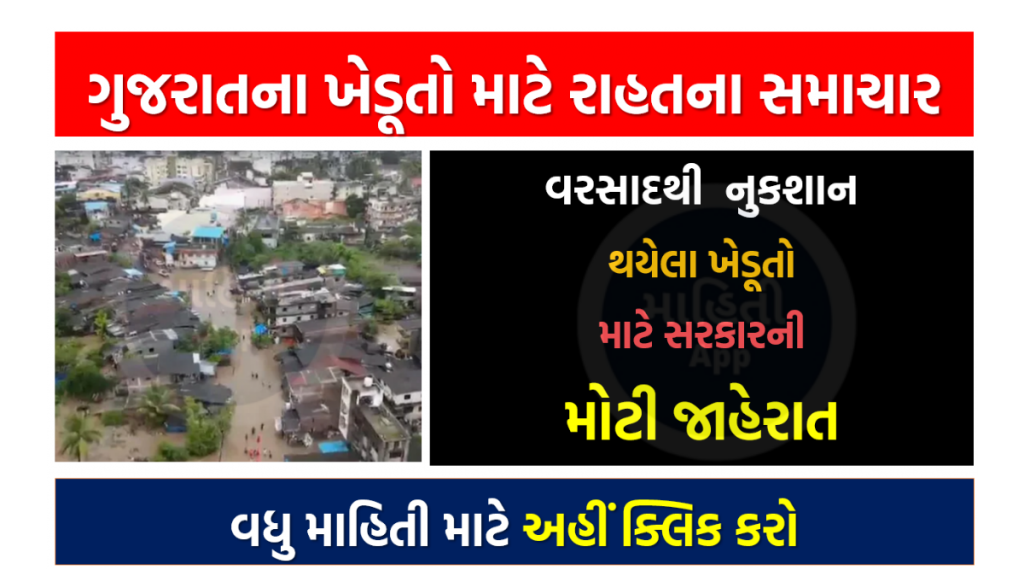