The Rupani government of Gujarat has taken a big decision for the people trapped in other districts during the lockdown. The government has allowed travel from one district to another. Announcing this, Gujarat Government Minister Ganpat Vasava said that from tomorrow, those who want to go home can apply online to the district collector to go home. After this, people will be able to travel from the seventh day, i.e. from the seventh date, after getting permission. 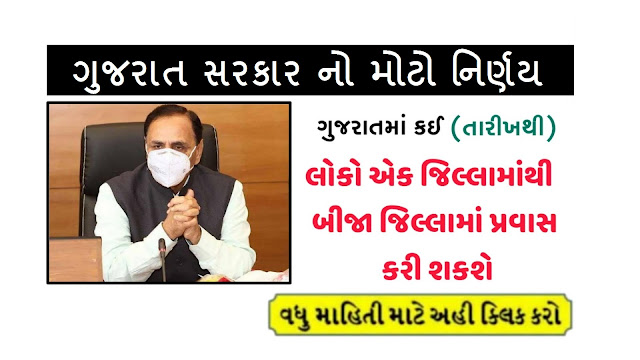 Minister Ganpat Vasava also said that at present, only luxury buses are allowed to travel. Only people who are allowed by the collector will be able to travel from one district to another. This decision has been implemented all over Gujarat. Due to this decision, people trapped in these districts during the lockdown will now be able to return to their hometowns.

➥Those who want to return home from tomorrow will be able to apply online to the district collector. As well as will be allowed to go home through luxury from Param Day. Initially only luxury buses were allowed for transportation. As well as no one will be able to travel in private vehicles without permission. This was informed by Gujarat Government Minister Ganpat Vasava

➥This decision of the Gujarat government will be of great benefit to the people trapped in North Gujarat and other districts of Saurashtra. 12 lakh jewelers in Surat will now be able to return home. More details will be revealed later. Those wishing to return home must comply with other conditions. The guidelines will now be released.