The previous solar eclipse of the year was an annular solar eclipse that occurred on June 21, 2021. Even though the total solar eclipse is not visible in India, people can watch it online on the National Aeronautics and Space Administration’s (NASA) website. Similarly, solar eclipse on 14-15 December will not be visible anywhere in the country. This is the last solar eclipse of this year, before the solar eclipse occurred on June 21. Two solar eclipses will occur in the next year 2021. The first will be on 10 June and the second four on December 2021.

During the solar eclipse in the temples, the rituals and rituals will continue to be the same. Although the priests of the city say that even though the eclipse will not have much effect, pregnant women should avoid going out of the house during this period. Also, refrain from getting married including auspicious work and Manglik work.

New agricultural laws of the Center will increase inflation in the country, farmers are in crisis: Kejriwal

Ram Narayan Shastri, priest of the Noida Sector-55C block Shiv Shakti temple, said that due to the absence of the eclipse of this eclipse, religious activities will be performed in the temples along with the prayers. While performing the puja, the safety rules applicable to Kovid-19 will be followed. He told that this solar eclipse, which will be held on Monday, will start at 7:00 pm in the evening. The eclipse, which lasts for about 5 hours, will end at 12.23 pm on Tuesday night. 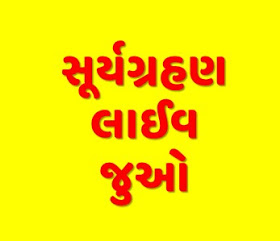