Home  »  LATEST NEWS   »   The government’s new plan to control Korona in the country will take action in 10 states, including Gujarat 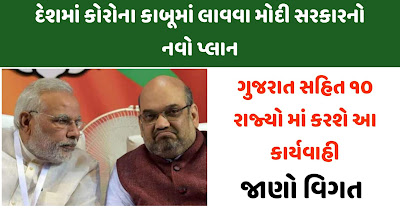 The team will assist the state health team working on measures to prevent corona in the affected areas of Corona. These teams are being sent to 10 states These include Gujarat, Tamil Nadu, Uttar Pradesh, Delhi, Rajasthan, Madhya Pradesh, Punjab, West Bengal, Andhra Pradesh and Telangana.

The team at the center is in addition to the central team of public health experts, who have already been sent to the worst-affected districts of Koro. However, a high-level team was deployed in Mumbai to help fight the corona virus.