Home  »  LATEST NEWS   »   The Prime Minister will address the nation at 8 pm this evening, the possibility of a big announcement 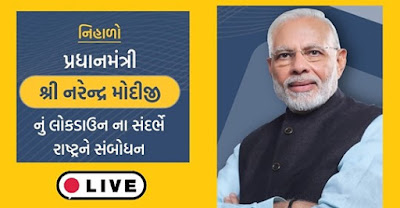 Modi’s 4 messages about Corona so far

First: The Prime Minister addressed the nation on March 19 and called for a public curfew. On March 22, everything was closed. In the evening, people clapped and thanked the Corona Fighters from inside the house.

Second: Modi addressed on March 24 and announced a nationwide lockdown from March 25 to April 14 to stop the transition to Koro. “People should stay at home and follow the Lakshman line to break the chain of corona,” he said.