Home  »  LATEST NEWS   »   Will CM change now if corona is not under control in Gujarat? This BJP leader made a big revelation

It is decided that the image of Gujarat in the country has been tarnished due to the increasing number of corona cases in Gujarat. While there is still no possibility of the case declining, it was also revealed that the BJP High Command had reprimanded Chief Minister Vijay Rupani for this situation. But the new commissioners were discussing whether the CM of the state could change now. However, Mansukh Mandvia has denied this. 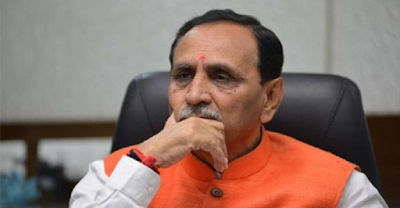 While the number of corona cases is increasing in Gujarat, now the total number of positive cases in the state has reached 6625. While 396 people have lost their lives due to corona in Gujarat, now the government is also in a dilemma. There will be a change of power and the BJP high command has sent a letter to Mansukh Mandvia, the minister in the central government. Discussions have been going on on social media since this morning that the Chief Minister of Gujarat may change.

While people are discussing the name of Mansukh Mandvia as the Chief Minister of Gujarat, Mandvia tweeted that today humanity is fighting against Corona and Gujarat is also fighting resolutely under the leadership of Chief Minister Vijay Rupani, spreading rumors of change of leadership is detrimental to Gujarat’s interests. Is. Citizens are urged to avoid rumors along with Corona.

1,692 people are talking about this